Because ‘Christian Life Coaching ‘build’s and maintains Motivation for the Journey!..

The Bible exhorts us to pursue Vision; for without Vision, God’s people perish!

Coaching is about growing & encouraging ‘momentum!’ Helping people learn, rather than telling them!

In the future, those who are not Coach’s will not be promoted. Why? Because Coaching is about ‘Growth & Vision.

So, it’s time to let go of those things behind and ‘press’ toward the Goal for the prize of God’s Calling on Our life.

Someone looking into your life can be of great value.

An outsider is able to see your predicament without fear or doubt.

Often a ‘Word in Season’ can be the key that unlocks your present situation.

If only we could have such a person in our live’s: guiding and encouraging us.

Thankfully, as Christians we do have that Person -The person of the Holy Spirit.

We have the word of God and the Spirit working in all things together for them that love Him.

If we have faithfully stored up God’s Word within our heart’s we are able to quickly repel lies and deceptions of Satan. And rise up in rule and authority.

If you long to empower your Prayer life, Ask for Free Trial Life Coaching.

‘Living in faith’.
I have called myself a Believer with great passion. I minister to folk who need Coaching in areas of Parenting, Gifts, Talents, Career and Relationships.
Suffice to say I am a committed Christian and am often called upon for my prophetic words, prophetic songs and prayers for the sick.
But, after all these years I cannot say that I have a proper relationship with my Heavenly Father.
I go through the motions and get great Spiritual breakthroughs with Him. I meditate upon the Bible and can recite passages from proverbs and Psalms.
But after many years trying to know the Lord more clearly, I have concluded I have something of an ‘Orphan Spirit’.
I grew up a loner and lived as a single man for many years. Inevitably I took my loneliness to the workplace, and to the family and finally to the church..
To my surprise, when I became a Christian I witnessed many other orphans both in and out side the church.
The only cure I’ve found to this loneliness is through ‘Relationship’ This is the missing key to isolation; not only in the church but in the office, shop, family and fellowship.
The Relationship I am speaking of is of a continual stream of Father’s love.
Speaking to Him in our inner man, thanking Him, glad of His presence, help, encouragement and confidence – all being received by faith.
Continual communication with the Father in this way develops a strong and meaningful Prayer life.
The relationship that develops is as a father/mother relationship whereby we know He is with us and we can refer to Him continually.
No more an Orphan/son or Daughter.

It’s amazing what people can do when you give them a chance!

Someone looking in on your circumstances can be of great value.

Take for example ‘Business’. It was God’s influence that opened up the right opportunity you are now enjoying. Yes, you were quick to make the right decisions He brought to you, and the right people at the right time to do what was needed. But it was Him who gave you the strength and the wisdom to see the vision that you are now operating under.

Yes you had to be wiling and brave to take the necessary steps forward, but HE did it! Thankfully you were quick to hear the Lords’ prompting and to act on them.

So now it’s your turn to pass on the Baton of Blessing: for every good and perfect gift from our Father of lights.

Have you ever noticed that right at the epicentre of a disagreement, say with your Partner or someone else close to you, there will be a gap; both sides temporarily disconnected in a kind of no-mans landscape.

to have won the battle! But not for long! In a moment the two parties lurch back to the epicentre of the conflict and continue spouting nonsense, threats and self-proclaimed victory! There is, however, no time to proclaim victory at this rate, for this is a God-given moment to be still and let God be God.

IN OTHER WORDS, SHUT-UP AND LET GOD SPEAK!

He may bring a word of encouragement, conviction, understanding or revelation! Whatever you feel, remain right there in the intensity of the moment and allow God to do His ‘Thing! Eventually you will feel The Lords peace, ‘the peace that passes understanding.’ This is His grace indeed; and your opportunity to allow His full work take it’s place as you thank Him for His kindness.

The Key To Power is Desire!

If you don’t know what you want, you will probably end up either doing nothing or doing what others want you to do; which maybe ok, or not!

By default our wants and needs will gravitate towards the easy option; for example, staying in that low paid job, Ministry, Church, Relationship etc,. even though we may be wanting more out of our relationship with the Lord.

What are we to do then in oder to fulfil that sense of purpose and destiny in our hearts?

On the one hand we don’t want to behave in a presumptuous manner , but on the other hand neither do we want to miss it!

In the Book of Mark: 10.51, Jesus asked His Disciples a simple question –  “What do you want me to do for you?  Until our desire’s come from the heart they have no power to fulfil our purpose.

Although Jesus would have known the answer to His own question, He needed His Disciples to speak out loud what they’d heard Him say. Similarly He’s waiting for us too!

My mother was born in an upstairs room of the family Cafe business in Birmingham UK. She had a small bedroom and plentiful friends running in and out of the cafe. Her father was very much the figure-head of the enterprise, reigning and ruling over the siblings and my over-worked Mother. He presided over the Cafe, Restaurant, B&B and a solicit Gambling Table; in other words a Bookies! which was frequented by his cronies at any hour of the day or night.

They all worked hard for the sake of each other and a legacy they would leave behind. There was much joy and purpose being involved with the ‘Family Affair.’ And they were developing skills that would be passed on to future ‘siblings.’

To put it in today’s context, they were Coaching each other in ‘Self-sufficiency’ The fruits of which still reverberate today.

I’ve noticed in my short life that those who have the attentions of a ‘one-to-one’ Teacher, Coach, Parent or Mentor, they just seem to sail through normal life’s difficulties, quickly turning disadvantages into opportunities and failure into success.

Which doesn’t mean they are more intelligent, better looking nor hugely rich. No, indeed the wealth they seem to exude comes from a place deep within – a place unavailable to those who struggle through life alone.

And this is the ‘Key’ to opening up the inner ‘treasure chest’ of true peace. It is a journey of the heart. The Bible put’s it like this ” as a man thinks in his heart, so is he.” Prov. 23:4

Fill the heart with love and acceptance and that’s what you’ll get on the outside.

On top of the World

“Walk worthy of the calling with which you were

“What calling?” You may ask. Answer: The calling that inspired you when you first experienced Jesus Christ. The calling that caused you to testify of the grace of God – and His calling you into His Kingdom.

The calling that inspired you to take up creative ideas, to write songs or stories about Jesus. Or how about the calling that nudged you to write poems, journalling; and to yearn for nothing more than to spend time with Him and His people.

It’s time to step out and step up. Not in your own strength but by the calling and prompting of the Holy Spirit in you.

He’s waiting for you. And you are about to explode with a river of life cascading from your heart.

“A man’s Gift makes room for him and brings him before great men.” Prov. 18:1

Each of of has has a unique Gift fashioned and designed exactly for us alone. It is as individual to us as is our thumb print. And no power in Heaven or Earth can stand against it, nor nullify it.

These God ordained Gifts enables Him to fulfil His purpose and plan for each one of us.It is through us, His people, that He is able to ‘Moves Mountains.’ Through prayer and patience He Heals the sick and brings down unjust Dictators, etc,.

My Mother in Law has a simple yet powerful Gift to encourage folk who are struggling in any area of life; it’s as simple as welcoming the Holy Spirit, opening her mouth and praying. And she will continue un-bated in prayer, until the issue is resolved – no matter how inconvenient it is. She just loves it..!

My own Gifting, I think, is the ability and passion for making-up spontaneous words to gentle music, say during Ministry. I find myself reciting Scripture and prophetic utterance. It’s not that I’d planned it that way, it is simply the Holy Spirit joining in with us, or should I say me joining with Him.

Cafe Culture in the heart of Birmingham, during the 1920’s

My mother lived in a Cafe on the edge of Birmingham City Centre, UK. She was born and raised there along with her Brother, her Mother, her Parents in law and Grand Parents.

The “Park Cafe” was, from all accounts, a well patronised ‘Hub’ on the east side of Birmingham city centre, close to the famous Football Club – Aston Villa.

Business Travellers, Merchants, Shoppers and Mothers would while away their time in the warm and comforting establishment, along with their young children ‘skiving-off’ school on such cold and polluted days. Many little friends and dolls were lost and made under those tables.

My Great Grand Father owned the Cafe and his long suffering wife ran it. She worked night and day to keep the establishment viable whilst her Husband gambled away the profits doing questionable deals with his cronies.

Toasted Tea Cakes would have been prepared hours before the Cafe’s doors opened along with great pans of Soup and Bread. Meanwhile Silver Urns of Tea and Cakes would have graced the Travelling Salesmen, interspersed with great drawers of cigarette smoke.

My Grand Father was one of four sons, each of whom would have been known for their excesses. There was my Grand Father who was a Gambler (An unlucky one by all accounts!) Another son a wheeler-Dealer. Then there was the Artist, a thin young man given to fears and illnesses! The fourth of the son’s was an Adventurer; a day-dreamer who was convinced his fortune and future was as a Writer & Producer of films in the burgeoning West Coast of America. I have caught a glimpse of his name from time to time but am not sure this is truly the destiny of one of my English ancestors (although I would love to think he is!) 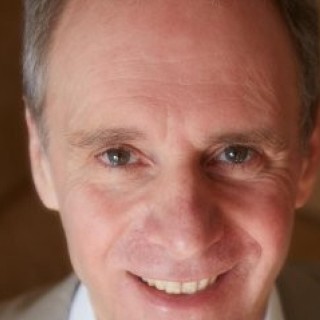